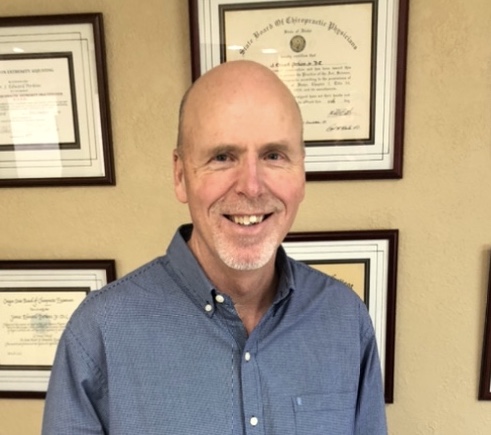 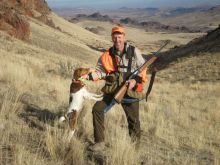 Dr. Perkins was born near Denver, Colorado. At the age of one his family moved to Boise Idaho, and has lived in Idaho since then. He graduated near the top of his class at Borah High School and was a three-year letterman and state champion in tennis. Dr. Perkins went on to play tennis for Boise State University for four years as a letterman. During his tennis career he has been ranked number one in the state of Idaho in the open division multiple times in singles, doubles, and mixed doubles. He went on to play professional tennis on the satellite circuits and achieved an ATP ranking of 700 in the world.

Dr. Perkins graduated from Boise State University with a BS in Health Science Studies. He then graduated with honors from Western States Chiropractic College in 1988, with a Doctorate of Chiropractic (DC). After passing the state board examinations in both Oregon and Idaho, he began practice in Homedale, ID in 1989. Following a three-year postgraduate course of study, in 1995, he was awarded a Diplomate of the American Board of Chiropractic Orthopedists (DABCO). He also completed two other courses of post graduate studies: one titled Integrated Health Services in 2002 which emphasizes wellness and nutrition, and another titled Certified Chiropractic Extremities Practitioner (CCEP) in 2001, which emphasizes sports medicine and the treatment of athletic injuries. In 2010, Dr. Perkins completed his doctoral studies in naturopathic medicine and was awarded the degree, Naturopathic Medical Doctor (NMD).*

Dr. Perkins was chosen to represent Chiropractic at the NCAA Outdoor Track and Field Championships held in Boise in 1994. He has also helped athletes at the Boise stop on  the Nike golf tour and since 2002 has been heavily involved in treating competitors involved with the Idaho Cowboy Association (ICA), and the Professional Rodeo Cowboy Association (PRCA).

Dr. Perkins is proficient in the following techniques of Chiropractic: Gravitational Pattern Alignment, Diversified, Leander traction, Gonstead, Activator, Logan basic. As noted above he sees many patients for sports related injury, customized foot orthotics, as well as whiplash rehabilitation. His love for chiropractic is very apparent and his commitment toward his patients is genuine!

* Dr. Perkins is not currently licenced to practice as an NMD in Idaho.